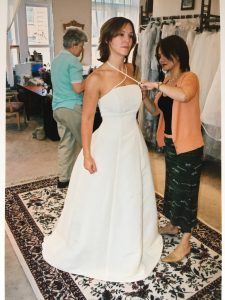 Industrial hemp has many practical uses and has been used for thousands of years.

Of course there are many high protein alternatives, but hemp is one of the best proteins to eat. Unlike other proteins like soy and quinoa, hemp does not cause soil erosion or require synthetic fertilizers, pesticides and herbicides for a quality crop.

Hemp can grow up to 7000 seeds per plant, or on average, 756 pounds of seeds per acre—a much higher yield than many crops. Although hemp seeds have about 25-30% protein, the two main proteins in hemp, albumin and edestin, are easily digested compared to soybeans. Hemp seeds are already known as a valuable addition to a nutritional diet, being 35% fatty acids including Omega 3, 6, 9 and GLA, all 9 essential amino acids, and it contains antioxidants, fibre, iron, zinc and several vitamins. Additionally, hemp is also free of “oligosaccharides,” a carbohydrate found in proteins like whey that often causes gas and other upset stomach symptoms.

Also, the nutritional evidence on using fan leaves of cannabis as a part of a juicing routine isn’t clear, but Dr. Courtney from the documentary Leaf claims it has anti-diabetic, anxiolytic, and anti-ischemic properties for heart disease among other nutritional benefits.

Hemp as a paper alternative

The world’s first paper was made of hemp around 140-87 BC in China. Somewhere along the way, we lost that knowledge and in 1945, turned to wood pulp instead. Trees only contain 30% cellulose, which means toxic chemicals have to be used to strip the wood pulp down, which is a major cause of water pollution. The paper and pulp industry accounts for about 4% of the world’s energy use, uses more water than any other industry and roughly 40% of all trash in landfills is paper. Meanwhile, one acre of hemp can produce as much paper as at least 4 acres of trees in one growing cycle. Pulping hemp requires less bleach than pulping wood because it is up to 70% cellulose. Additionally, hemp fibres also add longer life to recycled fibres.

Hemp fabric as a sustainable textile

The lovely Leslie Best in her hemp silk wedding dress.

Hemp fabrics are more sustainable than most because they are naturally resistant to UV light, mold and mildew. Hemp also doesn’t need to be treated with chemical compounds—but when it is treated it is also very resistant to salt water. There’s a reason hemp used to be used to create ropes and sails for ships, and this incredible durability transfers into clothing. When mixed with other fabrics we love, it can retain the texture of other fibres and simply add to the durability. Hemp can produce up to 250% more fibre than cotton and 600% more fibre than flax on the same amount of land.

One unusual but beautiful mix is that of hemp and silk, pictured here.

Hemp to clean both air and soil

Similar to trees, when hemp leaves decompose on the ground, up to 60% of nutrients are returned to the soil, rejuvenating and replenishing it—at a 4-month growth cycle in comparison to the years that trees take. Hemp has also been marked as one of the best plants for phytoremediation. Phytoremediation is the use of living plants to remove contaminants in soil, surface water or groundwater.

Hempcrete as a concrete alternative

Did you know that concrete construction is the third largest industrial source of pollution? One of the main components of concrete is cement, which contributes to releasing large amounts of sulfur dioxide, nitrogen oxide, and carbon monoxide into the environment, and is the third-ranking producer of CO2 after transport and energy generation. Hemp is an incredible solution. By mixing hemp hurds with limestone and water, the mixture becomes a rival to traditional concrete. It fossilizes with time, which makes it resistant to earthquakes, turning into a form of rock. It absorbs humidity and heat from the sun which helps to keep the building comfortable regardless of the weather. Even once it’s built, during the curing process, the structure can continue to absorb c02 as it solidifies.

Check out this National Geographic video on hemp building.

You can find out more about which cookies we are using or switch them off in settings.

This website uses cookies so that we can provide you with the best user experience possible. Cookie information is stored in your browser and performs functions such as recognising you when you return to our website and helping our team to understand which sections of the website you find most interesting and useful.

Strictly Necessary Cookie should be enabled at all times so that we can save your preferences for cookie settings.

If you disable this cookie, we will not be able to save your preferences. This means that every time you visit this website you will need to enable or disable cookies again.